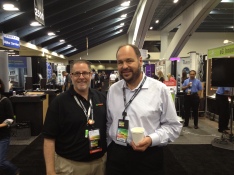 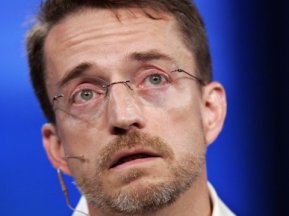 I was asked by TechTarget for my opinion on the comparisons of two giants of tech, and their leadership of one of my favorite companies:

This has been an interesting couple of years for VMware. With the transition from Paul Maritz to Pat Gelsinger as CEO, it’s only reasonable to look back and try to establish where each succeeded, where each failed, and what successes have shone during their respective tenures.

Maritz took over [for] Diane Greene when the company had some challenges. [VMware was] not embraced by the public, but by techies such as me who saw the potential benefits. Maritz brought the hypervisor and its capabilities to full functionality and made them rock-solid. By the time his role was determined complete, the industry surrounding virtualization had matured and many competitors had comparable hypervisor products. I remember when Maritz publicly stated the hypervisor was irrelevant and that the future was the application level. This was a bold statement for the CEO of a hypervisor company, but a true one, to be sure. I agreed with him at the time, and he’s been proven correct.

I admired Paul’s vision then and admire it now at VMware spinoff Pivotal. He’s an empire builder and a force.

Pat Gelsinger, who left Intel to join EMC, is another technology giant who has also proven his maturity and intelligence in the industry. He made an enormous decision while president of EMC to implement Intel processors in all EMC storage arrays. He standardized all storage devices on an industry processor, which ensured interoperability many years into the future. This proved to be a critical and quite prescient decision.

Upon taking over VMware, he built on Paul Maritz’s cloud vision with key acquisitions and strategic decisions. Gelsinger also renewed focus on VDI [virtual desktop infrastructure], which had been foundering for some time. A technology organization can only invest in so many technologies at one time, but this change can only help.

Gelsinger has authorized some exceptional acquisitions, namely Virsto on the infrastructure side and Desktone for end-user computing. I believe this renewed focus in not only internal growth, but also outside acquisition, shows an enormous dedication to the future.